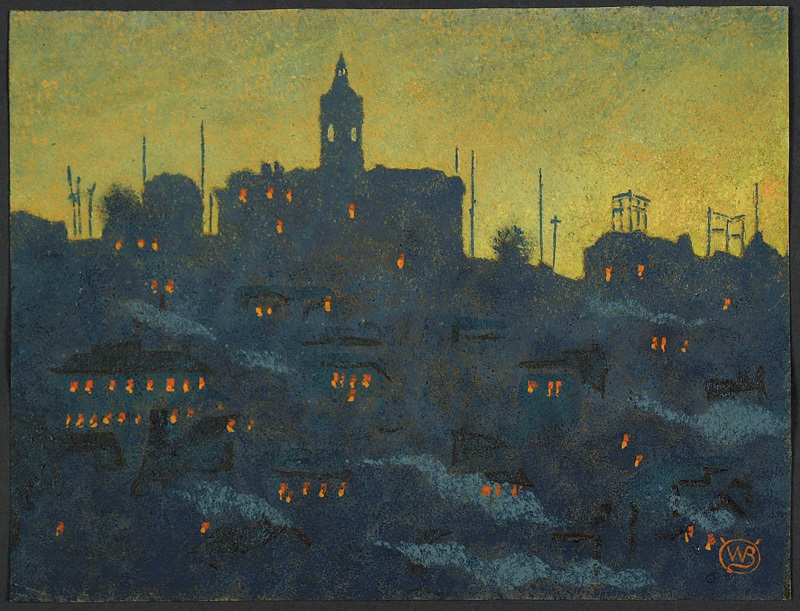 Vivian Bevans was a printmaker who was a member of the Brydcliffe Arts Colony, an utopian living community for artists, in Woodstock, New York, that was founded by Jane Byrd McCall, Ralph Radcliffe, Bolton Brown, and Hervey White in 1902.

Brydcliffe arose from the American Arts and Crafts Movement which glorified the artistic and architectural techniques of the Middle Ages and rejected the industrialization of production that came with modern society.

This print depicts the silhouette of a city against the night sky. The buildings in the foreground, which are only distinguished by thin, black roof lines, morph together into a blue, shadowy mass. Fiery lights illuminate the windows of each structure as light blue smoke wafts through the air.

Although Bevans creates a scene of modern, city life, her use of woodcut prints as a medium relates back to the handcrafted principles of the Arts and Crafts Movement.