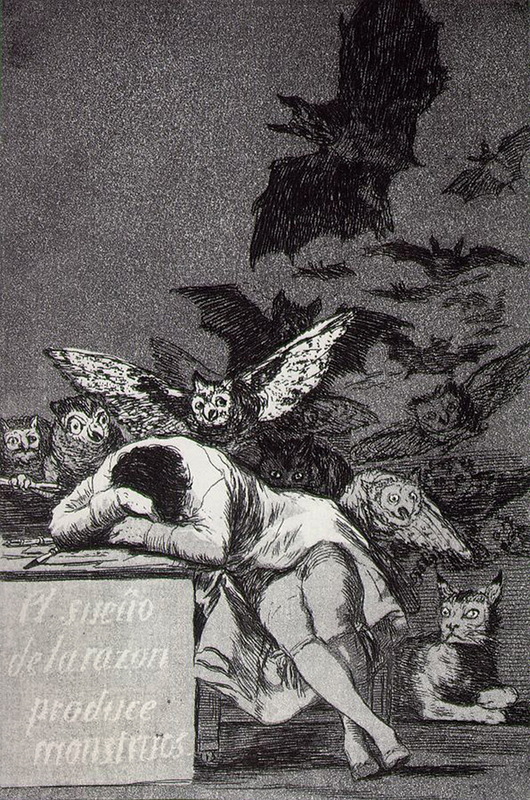 It was an unusually blackened night for autumnal Spain. The particular bridge I walked upon for my nightly haunts was slick with condensation. Only the stray dogs and cats littered the streets like shadows. A waft of the cold night air was quickly replaced by a scent of burning wood. I followed the smell through the winding hills and down the cobbled stairs. The smell was far stronger, shifting from smoky wood to a smell of burning meat. It reminded me of the All Saints Day Festival where many would cook vats of meat to sell to the festival-goers. The shouts of human beings could be heard from a sizeable distance. Enticed by both curiosity and hunger I pushed forward through the night, the once tantalizing smell slowly became overwhelming, the putrid undertone morphing the smell of festivals into the odor of rotting beasts. My stomach clenched, every inch of my body, even my heart seemed to grow still as though it were prey on the precipice of being devoured.

There’s still time! Turn back! Follow back from where you came, back to the familiar darkness and the dogs and the shadows. But no! I thought an almost inhuman fearlessness and mortal curiosity seized me. I must look, I must see what it is. I went down three deathly silent alleyways, noticing the peculiar blue doors. An owl peered at me in the darkness with yellow eyes. The shouts became a roar, the scent unbearable snarl of death.

I entered a large square. Thousands of people were clustered together shouting in glee. In the center of the square was a tiny burning effigy of sorts. The smell of rotting flesh beat against the heat of bodies. Near the front, three men with red garbs and large crosses stood in front. My eyes wandered into the grand pit of flames that surrounded the effigy. It was writhing. No! The lean crumbling skull blackened by ashes. The mouth curving into horror. The crimson pallor of skin crumbling into flaming pieces of refuse.

It was a person! A girl! A child being burned alive! I backed away into the cheering crowd, faces carved into delight and savage glee. I ran out of the square, vomiting my mortal folly on the cracked pavement of stone

And it was just the deathly cold of the night and the receding fire and the animals, the terrible animals.