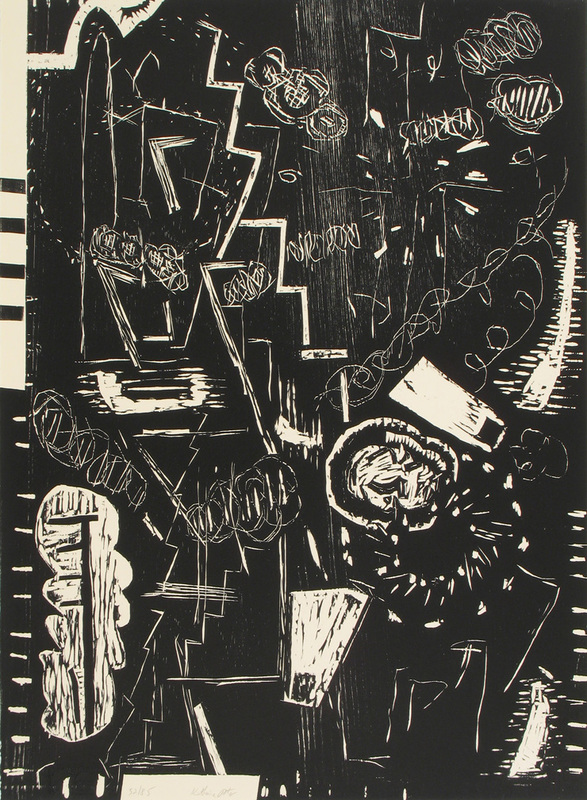 Originally working in a minimalist mode in the 1970s, Katherine Porter developed a less restrained, more expressive manner during the 1980s. She describes her own paintings as “about chaos, constant changes, opposites, clashes, big movements in nature.” These same elements are present in Untitled, her first woodcut.